A Caregiver is Not Alone with CaringKind 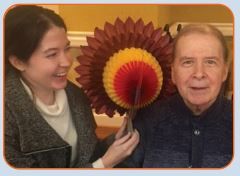 I was 28 years old when my father was diagnosed with dementia.

At 28 years old, there are so many things on your mind. You’re thinking about your career, your relationships, your next vacation…

You’re not supposed to be thinking about how to care for an ailing parent – at least, not yet.

When it started, my dad still had his fair share of “good days.”

If you’ve ever cared for someone with Alzheimer’s or dementia, you know how much the good days mean to you when they come.

In time, however, it got much harder. The good days became less frequent – and the bad days got progressively worse.  But here’s the worst part…
As a 28-year-old, I had no friends or coworkers who understood what I was going through. No one in my peer group had ever been put in my position. While some tried to be helpful, they just couldn’t get it.

It all made me feel so… alone.

There was no one who could help me. And I had nowhere left to turn…

… until I discovered CaringKind.

When I first learned of the work CaringKind does to support Alzheimer’s and dementia caregivers here in New York City, I knew I needed to reach out and ask for help.

What happened next changed my life forever.

I called CaringKind’s Helpline and, within minutes, I felt more supported than I’d felt in months.

Not only was the CaringKind team quick

to provide me with helpful techniques, strategies, and resources to care for Dad, but they became my emotional support, too.

CaringKind made me the caregiver my Dad deserved.  And with CaringKind, I wasn’t alone anymore. They have life-changing support groups.  And I still attend a group to this day.

My CaringKind support group has helped me so much over the years. I don’t know how I would be able to care for Dad without it!

In the Community: Satellite Offices Around the City 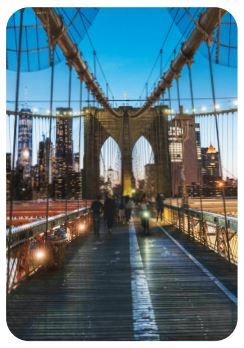 Responding to an urgent need to serve the boroughs of New York City, CaringKind is on the ground in the neighborhoods of the communities we serve. With six satellite offices, including those in Manhattan’s Chinatown, and Flushing, Queens, The Bronx, Yonkers, and two locations in Brooklyn — Gravesend/Sheepshead Bay and Borough Park — we are reaching out to individuals and families close to their homes.

We are targeting our services to be especially helpful and relevant to diverse New York communities. We are serving the Chinese-speaking community in Manhattan’s Chinatown and Flushing, the Spanish-speaking community in the Bronx and in Yonkers at the Montefiore Medical Center, and the Orthodox Jewish community in Brooklyn, funded by the Sephardic Home for the Aged Foundation. In Brooklyn, we have already partnered with Zicharon and Sephardic Bikur Holim, who have generously provided space for our social worker heading the program there.

Our commitment to diversity and outreach is demonstrated by our expanded presence. We are offering one-on-one consultations, support groups, and education workshops directly to the families of those struggling with the complexities of caring for someone with dementia. This step is fulfilling the dream CaringKind has long held as a strategic priority.