The Junior Committee (JC) is a network of young professionals who support and engage each other and the larger Alzheimer’s community, advocate for legislation, and raise funds to finance research and programs. As the 2016 President of the Junior Committee, it’s an honor to lead a dedicated group of young men and women - most of whom are impacted by an Alzheimer’s diagnosis - and champion their efforts to make a difference through our collective support of CaringKind. Along with our VP Brittany Krygowski, Treasurer JC Hay, and Secretary Maxine Squires, I am delighted to update you on our progress. 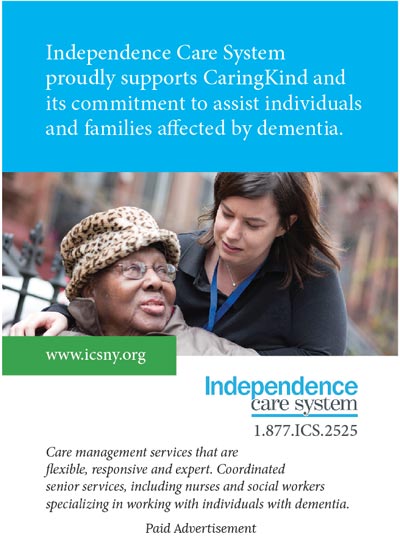 On September 23rd, the JC stepped fully into the new CaringKind brand at our annual Gala. This year’s theme, Masked in Manhattan, was a throwback to a JC favorite with a classic masquerade ball, and provided a touchpoint to our support of the local community CaringKind serves each day. Our Gala Chair, Lauren Longobardi, led a fantastic Planning Committee, and together these dedicated volunteers helped us transform the Metropolitan West Ballroom into a night to remember for over 250 guests. The Gala was generously supported by People’s United Bank, who served as our Bronze sponsor and alcohol was donated by Svedka Vodka, The Prisoner Wines, Piper Sonoma, Stella Artois, and Michelob Ultra. Our other in-kind sponsor list is simply too-long to name, as we secured dozens of items for our gift bags and tables of Silent Auction items! CaringKind’s Executive Vice President Jed Levine provided opening remarks that introduced our guests to the new brand. The highlight of the evening came early on as we honored the four tremendous leaders who laid the foundation of this iteration of the Junior Committee. When the 2016 Executive Board of the Junior Committee formed back in January, we set out to champion the new brand of CaringKind, but it was equally important for us to preserve the amazing JC legacy that had been established by the 2015 Executive Board. And so, we were thrilled to use the Gala as a platform to honor former JC leadership Marielle Mindlin Bernstein, Julie Scherr, Gabrielle Maguire, and Maxine Squires, who has generously stayed on as our Secretary in 2016.

In total, Masked in Manhattan raised $58,000, which is immensely significant now that every dollar raised stays with the JC until we allocate it to CaringKind programs! In fact, knowing that all of our fundraising efforts remain local has become a turning point in our Junior Committee support and fundraising efforts, and we’ve seen a renewed strength and commitment. I look forward to next opportunities we have to support one another and CaringKind as the Junior Committee, and to all left ahead of us this year!