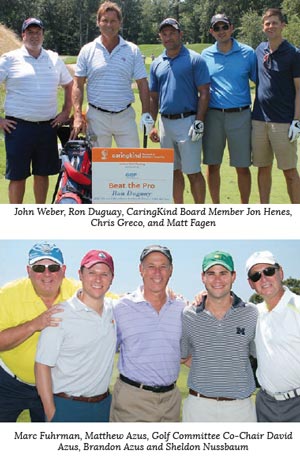 On Monday, July 31, CaringKind held our 6th Annual Golf Outing at Glen Head Country Club on Long Island. As always, the outing proved to be a huge success, as we raised over $160,000! Our 2017 event sponsor, GCP Capital, LLC, has generously sponsored the outing for the last few years. The day’s weather was the best we have had yet, and golfers played for the entirety of the day. The outing sold out, with 22 foursomes taking the course, including Dr. Max Gomez, CBS 2 Medical Reporter, who played with us.

Ron Duguay, former NHL All-Star, New York Ranger Legend and Emmy Award-Winning Broadcaster, took his post at Beat the Pro once again on hole 16, where one player got a hole in one! After the cocktail reception, Lou-Ellen Barkan, CaringKind President & CEO honored Ron Duguay for his dedication to bringing awareness and sharing his personal story about this devastating disease. 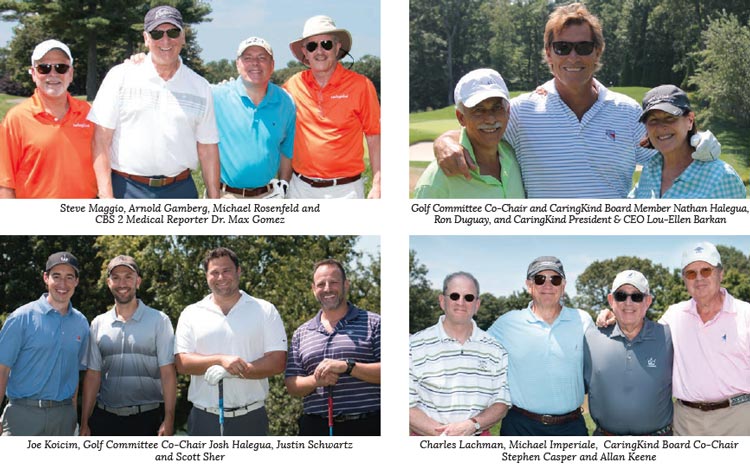 Our outing would not be a success if it were not for our incredible Golf Committee. Thank you to our Board Member and Golf Committee Chair, Nathan Halegua and his fellow Committee Chairs Josh Halegua and David Azus. Since the outing began in 2011, it has raised over $950,000! We would not have done it without the committee’s hard work and dedication. We would also like to thank all of our sponsors and those that played in the outing. Finally, special thanks to the Glitz Girls for tirelessly working the day of the event to sell raffle tickets, raising additional donations for our cause.