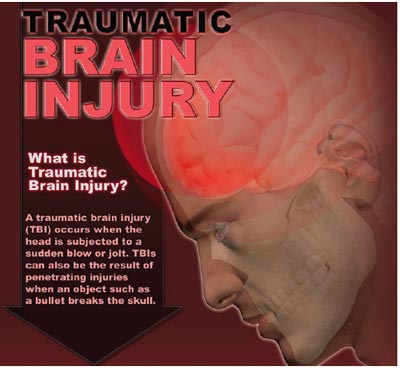 Chronic Traumatic Encephalopathy (CTE) is a neurodegenerative disorder that can occur following repeated trauma to the head. Symptoms of this disease are often psychiatric, with agitation, anger, depression, anxiety and violence (e.g., suicide/homicide) being present.

Athletes and boxers are more prone to the disease because they have endured multiple concussions. But not all have always presented with the effects of CTE, therefore there are likely genetic factors that contribute to it’s presence.

CTE has similarites to Alzheimer’s. Brain amyloid accumulation (amyloidosis) in CTE can occur early and/or late, and has been linked to the presence of the apolipoprotein E (APOE) epsilon 4 gene variant.

Also, like many Alzheimer’s cases, CTE can only be confirmed after death. However, unlike Alzheimer’s disease (AD), the tauopathy (accumulation of tau protein in the brain) is the consistent feature and the amyloidosis is only present in about one half of autopsied CTE cases.

In 2006, Dr. Bennet Omalu discovered the presence of CTE in the brain of a former Pittsburgh Steeler hero, Mike Webster. In the years before Webster died, he suffered from a progressive brain illness that caused him to become financially unstable and homeless.

He was living in his car at the time of his death. Dr. Omalu took the initiative to examine Webster’s brain and immediately recognized CTE. Omalu brought his discovery to his colleagues, and they went on to report CTE in the brains of many retired National Football League (NFL) players.

Since then, examples of CTE have been identified in athletes from virtually all impact sports as well as from former battlefield soldiers who had been exposed to blast-related head trauma due to explosive devices.

Now, one of the major challenges is to develop a means of confirming the diagnosis of CTE during life. One of the most promising approaches involves brain imaging, or a PET scan. Two groups have reported initial evidence for success. Within the past few months, the UCLA group reported the first postmortem confirmation that a positive tauopathy PET scan was associated with authentic CTE pathology.

In 2016, the Mount Sinai group reported the first tauopathy PET scan that reproduced on a brain scan the distribution of pathology determined at postmortem. Both research groups are now expanding their studies, and reports from those larger studies are eagerly anticipated.