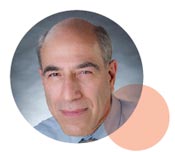 Everyone hopes that they can do something to prevent the development of dementia — and the most common dementia is due to Alzheimer’s disease (AD). The biggest risk factors for Alzheimer’s disease are genetics and age. You can’t change your genetics and of course living to older age is something most wish for, but unfortunately comes with this increased risk. But, one somewhat controllable aspect of lifestyle is diet – the particular combinations of food and drink that people consume. And the idea that diet might influence the risk of dementia or AD, is one that is attractive, and has been the subject of many studies.

Alzheimer’s disease occurs at similar rates throughout the world, in many countries, with very different dietary habits. But one category of diets that has achieved much attention for potential benefits to the brain is the Mediterranean Diet — which consists of fruits, vegetables, legumes, nuts, seeds, grains, cereals, fish, chicken, and olive oil, and limits consumption of salt, dairy butter, and red meats. Another modified version of this diet is the DASH (Dietary Approaches to Stop Hypertension) diet that consists of similar foods, but has a higher dairy and lower salt intake. There is also the MIND diet (Mediterranean-DASH diet Intervention for Neurodegenerative Delay), a combination of the Mediterranean and DASH diets, particularly focuses on berries and leafy vegetables. Many studies have suggested that people with healthier diets, Mediterranean, DASH, or MIND, might be at a lower risk of developing AD.

When analyzing the results of these studies, we must be aware that they have many limitations: persons who have different diets may also have different smoking, drinking, educational, social, or exercise habits, and may have different genetic backgrounds. Other limitations of these studies, are that some are arguably either too short, or have too few subjects, or are too uncertain with regard to compliance with the different diets, to show a small effect if there is one. Because of these limitations, it is not clear that one can determine that a Mediterranean or similar diet is better for brain health. Furthermore, any potential beneficial effect might be through reducing vascular problems, such as changes in blood vessels or occurrence of strokes. Vascular injuries result in added damage superimposed on the brain changes of AD. So, reducing vascular brain injury might well reduce dementia, even if there was no effect on the AD process itself.

In summary, there may be many benefits of a healthy diet, including lower weight, lower blood pressure, and risk reduction in diabetes, heart disease, and stroke. Some of these benefits, such as decreased stroke, may lessen the likelihood of dementia, particularly in the setting of a person with Alzheimer’s changes in their brain. However, we do not yet have evidence that what we eat may influence the start of Alzheimer’s changes, or the progression of these changes once they’ve begun.

Lawrence Honig, M.D., is a Professor of Clinical Neurology at Columbia University College of Physicians and Surgeons, in the Department of Neurology (Division of Aging and Dementia), Taub Institute for Research on Alzheimer’s Disease and the Aging Brain, and the Gertrude H. Sergievsky Center. He is Director of the Clinical Core of the Alzheimer’s Disease Research Center at Columbia University.

His research interests are in Alzheimer’s Disease, Lewy Body Dementia, Frontotemporal Dementia, Creutzfeldt-Jakob disease, and other disorders of nervous system aging and degeneration. In addition to directing the Clinical Core of the Alzheimer’s Disease Research Center, he conducts a number of clinical drug study trials, and also engages in clinical patient care at NewYork-Presbyterian Hospital and at the Lucy G. Moses Center for Memory and Behavioral Disorders, in the Neurological Institute.